An enclosure for the seating facilities reserved for players (when they are not in the field), team members in uniform (manager, coaches), and the trainer. 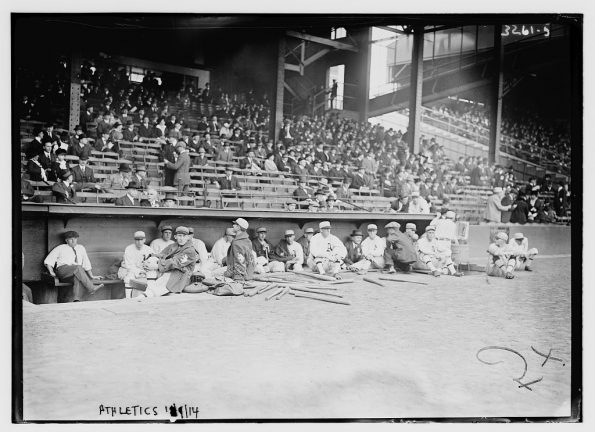 Major-league rules state that the dugout must be roofed and closed at the back and at either end. It gets its name because it is traditionally dug into the ground, with the bench below the playing field, so that spectators can see over it while players are prevented from talking to fans and vice versa. Despite the name, many dugouts are built on top of the ground, especially in parks where amateurs play. There is no requirement that the home team have its dugout on a particular side of the field. Syn. coop; bench, 2; hole, 4; pit, 2. 1st use. 1908. “The dugouts of the new-fangled players’ benches have been put into good shape” (Brooklyn Eagle, Apr. 13; Peter Morris). extended use. Realm of nonparticipation. When California passed on the first ballot at the 1960 Democratic Convention in which John F. Kennedy was nominated, the San Francisco Examiner (July 14, 1960; Peter Tamony) ran the headline: “State Stayed in the Dugout.”